Top tips on how to time your 360 project 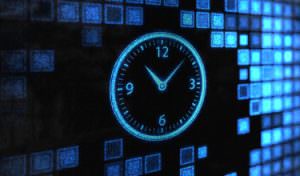 The success of a 360 project is dependent, in part, on the timing.  There are certain conditions that need to be present for a 360 process to land positively in an organisation so choosing the time of your implementation will be important.  This summary covers the typical timing required for a 360 project and then describes factors worth considering when you are deciding when to implement 360.  Finally, the “red flag” times are also described so you can be sure when to avoid 360 altogether.

At Talent Innovations, we have implemented over 200 x 360 projects with a range of different types of people, different sectors, different cultures, different languages and different levels.  There are some characteristic timings that occur consistently across all these types of scenarios however – these form seven distinct steps:

The total time elapsing between starting the design and completing the follow-ups therefore ranges between 3 months and 9 months!

These steps can be described as follows:

How long this takes very much depends on the urgency of the project and how clear the “launch” date is.  A committed and clear launch date tends to ensure everyone gets on with it and consultation cannot hold it up.  Drafting questions takes approximately a half-day per 50 questions but a significant task is the editing of email communications and making decisions about the structure and detail of the survey.  Translating into different languages, cross-mapping to additional models or building multi-level models into the 360 tool all tends to add to the time needed at this stage.

Key to managing this stage is to agree key dates as a team and to get clear on the “critical path” i.e. those tasks that impact the ability of others to complete their tasks.

TIP:  Build in enough time to thoroughly test the final online survey – you want to be 100% sure that your security firewall does not prevent emails going out when you go live!

Planning in appropriate briefings and communications is important.  Timing them so they are just before people are expected to do something is the best approach.

TIP:  Run a tele-webinar briefing for your reviewers and a separate one for your participants. Record them and then distribute to everyone as part of your roll-out plan.

Exactly who is going to review each participant will need to be decided so it is a good idea to get clear early on who will be choosing them (and if anyone needs to validate this choice) so you can factor this into your plan.  Many systems allow participants to choose them as part of the survey completion process.

TIP:  One option is to ask participants to choose their own reviewers and then nominate key personnel to overview these choices – they can then propose additions/deletions.

How long to give people to complete the survey is a critical question.  At Talent Innovations we analysed how the time given impacted the response rate on thousands of reviews and our research clearly showed that a four-week deadline provided the most effective result.  Shorter than this meant the response rate dropped, longer than this did not improve it.  Despite this, sometimes it is entirely appropriate to set a much shorter deadline of two or three weeks.  If this gives the right message about urgency and importance then this can be worthwhile.

TIP:  Take time to word your reminder emails appropriately to encourage your reviewers to complete – use humour if you can!

Processing a 360 report typically takes seconds, possibly minutes but the chasing of incomplete reviews is what takes the time.  Some reviewers are more critical to the process than others so it is worth being discerning and proactive in your chasing.  Sometimes it is worth entering sensitive negotiation with key senior personnel.

TIP:  Have real deadlines that people keep to by committing to the follow-up activity with real dates – then everyone will know they will be letting their participant down by not completing their survey.

This part of the project can as fast or as slow as you need it to be although it is not a good idea to leave it too long.  If left more than, say six weeks, the whole experience is weakened by the data being “old” by the time it is worked through.  The ideal pace is to allow five days for last-minute chasing, two days for processing and then “two sleeps” before the coaching session – which means the coaching session is best booked approximately two weeks after the deadline.

TIP:  Be sure to give participants some tips on how to approach their report as part of your briefing.  Best to advise them to avoid reading their 360 when they are tired or under the influence of alcohol.

It is important to plan in the follow-up step in the process.  The timing of this is flexible and needs to fit with other initiatives going on.  Again, it would be best to not to leave it too long but how long depends on the nature of your initiative and when you are intending to re-run your 360.

TIP:  As annual 360s tend to be quite arduous, some organisations opt for an every two-year roll-out or a phasing so that only half the target group complete it every year with the groups alternating to ease the load on the organisation.

So now you are clear on how long it takes to set up and implement a full 360 process, you might be wondering when you should get going?  Typically you are best advised to time your 360 so it fits within a bigger initiative e.g. so participants receive 360 feedback between two modules in their leadership development programme, or before the launch of a talent review event.  However, if there is no programme, you might want to consider where it should be in relation to your annual appraisal process and also in relation to any other employee surveys going on in the organisation.  You want to avoid survey overload as much as possible.  It is also advisable to avoid 360s if there is a lot of fear and uncertainty in the organisation and particularly if there is restructuring occurring.  It is best implemented when there is a degree of calm and security, when it feels reasonably safe to be exploring development needs.

The timing of a 360 will impact its effectiveness and value to both the organisation and the participants themselves so strategic consideration of how to play the timing is advisable.  It is a powerful and potentially profound tool so it is worth treating it carefully and with full consideration.

To read the earlier articles in this series, click below:

Your competency in question

If appraisals are dead, what do you do instead?