When Tate first opened its doors to the public in 1897 it had just one site, displaying a small collection of British artworks.

Today Tate has four major sites and the national collection of British art from 1500 to the present day and international modern and contemporary art, which includes nearly 70,000 artworks. A number of new developments are planned for Tate Modern, Tate Britain and Tate St Ives to ensure the galleries continue to expand. 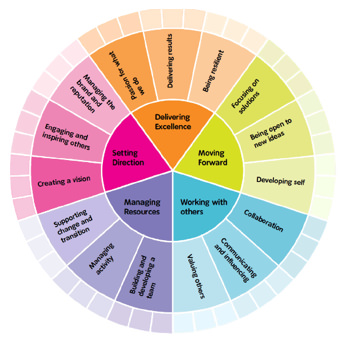 In 2009 Tate launched a tender process to find a talent development partner who could work with Tate to achieve an aspirational mission of transforming leadership within the organisation. In essence Tate sought assistance with integrating an enhanced level of development into the business using a set of management competencies.

Talent Innovations worked with Tate over three years and in this time created a new competency framework by using a mix of different methods to research and validate the behaviours critical to high performance.

Objective data on critical behaviours was gathered through strategic and selective sampling of Tate employees. Critical to the success of a project to integrate development is the engagement of the leaders and of the employees themselves. Tate’s competency framework was developed with a high level of participation and involvement with all levels of personnel to ensure commitment and buy-in to the model and the wider process. Tate called these behaviours and attributes “success factors”.

There are five success factors in total and each has a set of behaviours which describe what people will see when working well with others.

Once the framework had been developed the next key objective was to ensure that it was successfully communicated throughout the organisation. A full communication implementation plan was set in place with the HR function critical to the achievement of excitement amongst the employees. Key HR managers were coached in the principal methods of leading talent development namely in the four stages of Creative Visioning, Confidence, Communication and Credibility.

At this point a customised 360° feedback system could be designed and implemented for Tate. The 360° tool was specifically created to deliver valuable and detailed multi-perspective assessments in line with the new competency framework. The Tate HR team desired complete ownership by individual staff of their personal development and asked for a self-assessment version of the 360° tool to be developed which staff could complete and utilise in 1:1 meetings with their managers.

One of the particularly ‘special’ things about working with Tate was around their strong Values and Brand. Employees were attracted to the Values of the business and the strong brand and the challenge for the business was how to provide a learning and development environment that allowed people to grow within this. For the success of our project we really needed to understand the values, brand and culture, and design a programme that would leverage these, build morale and provide individuals with a development platform to grow.

Tate’s focus was completely on the personal and career development, engagement and motivation of its staff. Thus an emphasis by the business on ongoing development – via career visioning workshops and personal coaching post 360° completions – has led to an evolving journey towards creative and innovative excellence.