Maidstone Borough Council works alongside Swale and Tunbridge Wells Councils to provide an integrated service for their mid-Kent boroughs. ‘Investors In People’ reviews identified consistency of management approach as an area for development and recommended that managers be assessed using 360º feedback. In addition to this, the workforce strategy identified the need to increase employee engagement.

The goal therefore was to re-evaluate the competency frameworks in use in all three Councils and to use these as a basis for an integrated online 360º tool. This would then be used to clarify development requirements and be later built into the appraisal process to encourage strong performance management and talent development.

Maidstone Borough Council approached Talent Innovations in August 2014.  The Councils were looking to design a customised 360º tool and process with feedback/coaching for the 180 managers across all three Councils.

The process was to support the Councils’ desire to drive a more consistent and upgraded level of leadership and management and also to facilitate a greater level of collaboration across the three areas.

A key issue the Councils faced was how to co-ordinate activity across the three areas when the cultures and levels of leadership skills were so different.

A 360º feedback instrument was sought that would be flexible enough to encompass the needs across each Council as well as deliver relevant and meaningful feedback to every participant.

A tender process was constructed involving a number of leading 360º companies. The cross-Council HR team was impressed with Talent Innovations’ expertise in the realms of 360º and also loved the holistic approach to the development process. Our particular areas of expertise which impressed them:

Credibility of work at Executive level – so that the Council CEOs could count on receiving useful and challenging feedback sessions.

Innovative approach to re-evaluate the Councils’ three competency models, using a ‘rubik’s cube’ to map the models against each other as well as Talent Innovations’ own tested generic model.

Training for the HR and L&D team – to upskill the internal team.

Customised reports – reflecting the approach of the Council.

Expert briefings and guidelines – to ensure full engagement in the process.

Group analysis: to provide that extra layer of depth – a bird’s eye view of key strengths and development needs across the Council. 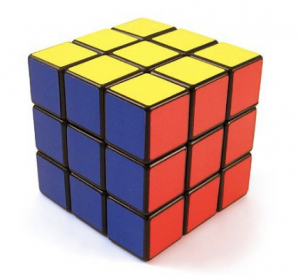 We initiated the project with a creation design meeting with the HR representatives from each of the Councils.

A customised tool was built and this was implemented for 180 managers. A unique co-branding was agreed for the report cover – a revolution in integration!

Participant briefings were undertaken via webinars to ensure all reviewers understood their role in the process.

The internal team of coaches were trained by Ti and Maidstone HR and provided two-hour feedback sessions to each participant.

The three CEOs were given a two-hour feedback coaching session by a Ti Executive Coach who also took them through the detail of their own Council theme analysis and helped them get clear on the cultural issues that needed addressing.

A statistical theme analysis was provided which highlighted the key strengths and development needs of each Council with suggested next steps, thus giving the Council the opportunity to address some critical areas upon which they could focus to drive forward and increase employee engagement.

Getting here: By Car
• Near M25, junction 20
• Parking available

Getting here: By Train
• 30 mins from Euston Station
• 3 mins walk from Apsley Station